Crowder has been embraced for his lyrically powerful and musically elaborate and unpredictable songs that have found themselves being sung everywhere from churches to clubs all across the country. As a solo artist, Crowder has received two GRAMMY® Nominations, K-LOVE Fan Award Nods and five GMA Dove Awards Nominations. Crowder’s first solo album, Neon Steeple, debuted at No. 8 on the Billboard 200, named iTunes 2014 Christian Album of the Year and boasted a No. 1 radio hit. Featuring a duet with music legend Emmy Lou Harris, Crowder made his debut appearance on the Grand Ole Opry in 2014. As an active member of the Passion movement founded by Louie Giglio, Crowder participates in the impactful university student gatherings in the U.S. and around the world. A published author, Crowder has also penned two books including his acclaimed release, “Everybody Wants to Go to Heaven, but Nobody Wants to Die.”

Sep
27
Sun
7:45 PM Drive-In Worship Night @ Visalia Naz
Drive-In Worship Night @ Visalia Naz
Sep 27 @ 7:45 PM – 10:00 PM
It’s time for some much needed worship for the community!  You are invited to join for a night of LIVE WORSHIP AND MUSIC.  Bring the family, to drive up the our west lawn, and join us to sing, praise, and worship God from our cars with our live worship band.  The band will play some classic hymns, along with modern ... END_OF_DOCUMENT_TOKEN_TO_BE_REPLACED
View Calendar 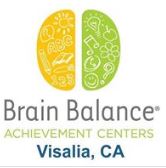